Make Delicious food effortlessly for your love one! Get Flat INR 500/- off on Mealthy Multipot. Use Promo Code TASTYMEALS.

Living in India, one of the mandatory sounds to hear every morning is a whistle of a pressure cooker. The bonding between Indians and pressure cooking goes long back and keeps evolving in this fast-growing nation.

Though we Indians love pressure cooking and have formed a part of our daily lives, the major concern that every household beholds is safety.

What if we say that the pressure cookers are no longer a kitchen bomb or a flying machine? The world is upgrading and so are pressure cookers. Ever imagined that a pressure cooker can be used for sauteing fried mushrooms or baking a delicious cheesecake with the highest level of importance given to safety?

Yes! This has become a reality today with Mealthy, where innovation meets traditional pressure cooking.

Let's quickly go back to the history of pressure cooking in this world. The story of cooking by steam pressure goes long back to the 17th century when a french physicist invented a steam digester which he later used it to serve to the Royal Society, a scientific institution in the UK.

Only later in the 1970s, pressure cooking became popular when vegetarian foods became the most sought after meals around the world. In India, pressure cookers gained momentum and were adapted quickly when introduced, since most of the recipes preferred were vegetarian.

For years women in India have been facing a lot of uncertainties in their kitchens. These long time concerns of Indian cooking is now been addressed by electric pressure cookers.

Mealthy contains a safety locking lid which has a dedicated smart locking sensor for opening and closing with a charming indicator tone.

This keeps the users to avoid a simple human error like, not closing the lid properly. In case the lid is not closed correctly, the machine won’t start.

The red float valve is the master of all the safety features designed by Mealthy, it rises up when pressure is built up in the MultiPot.

Once the red float settles back to its position, the pressure inside the inner pot is released and the lid can be opened safely. This is the most appreciated feature by the customers.

Mealthy comes with an anti-block shield in the pressure release portion, this ensures the food particles which are released through the steam are not blocked in the vent.

This is also a common reason for the bursting of the traditional pressure cookers.

The Mealthy team has brilliantly worked on the design and pressure regulation systems that smartly control the pressure and the temperature. 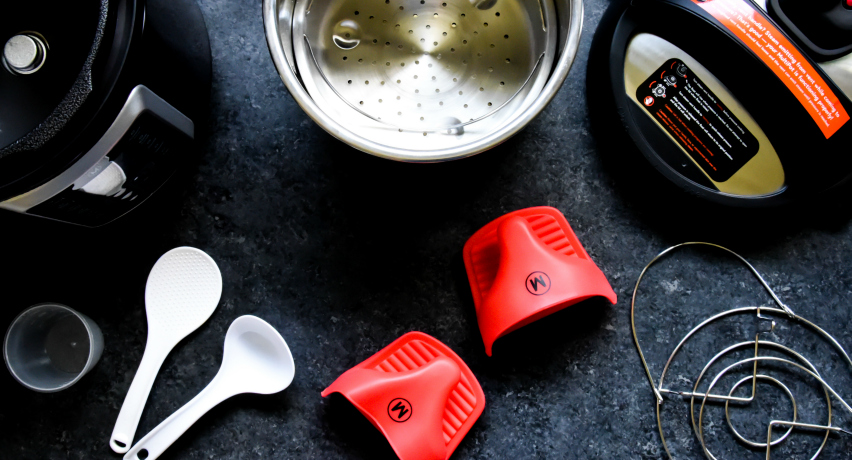 Apart from the technical importance given to the safety features, Mealthy gives equal importance to its accessories too.

Mealthy comes with the SS304 variant stainless steel inner pot. This is the safest alternative to cheap aluminium, chromium or Teflon materials which have more chances of mixing with food.

Even electric rice cookers in the Indian market are supported with low-quality aluminium or Teflon which makes it hazardous. Various research supports stainless steel as the best material for pressure cooking.

In conclusion, Mealthy MultiPot can be used by housewives, elderly, bachelors and even students!

Now, upgrade yourself from the old hazardous ordinary pressure cookers to the new and revolutionary Mealthy Smart Electric Pressure Cooker and start your daily cooking joyfully with a smile on your face.

Need a Call Back?